The Search for Arctic biofilms: understanding the sea surface microlayer in an open lead 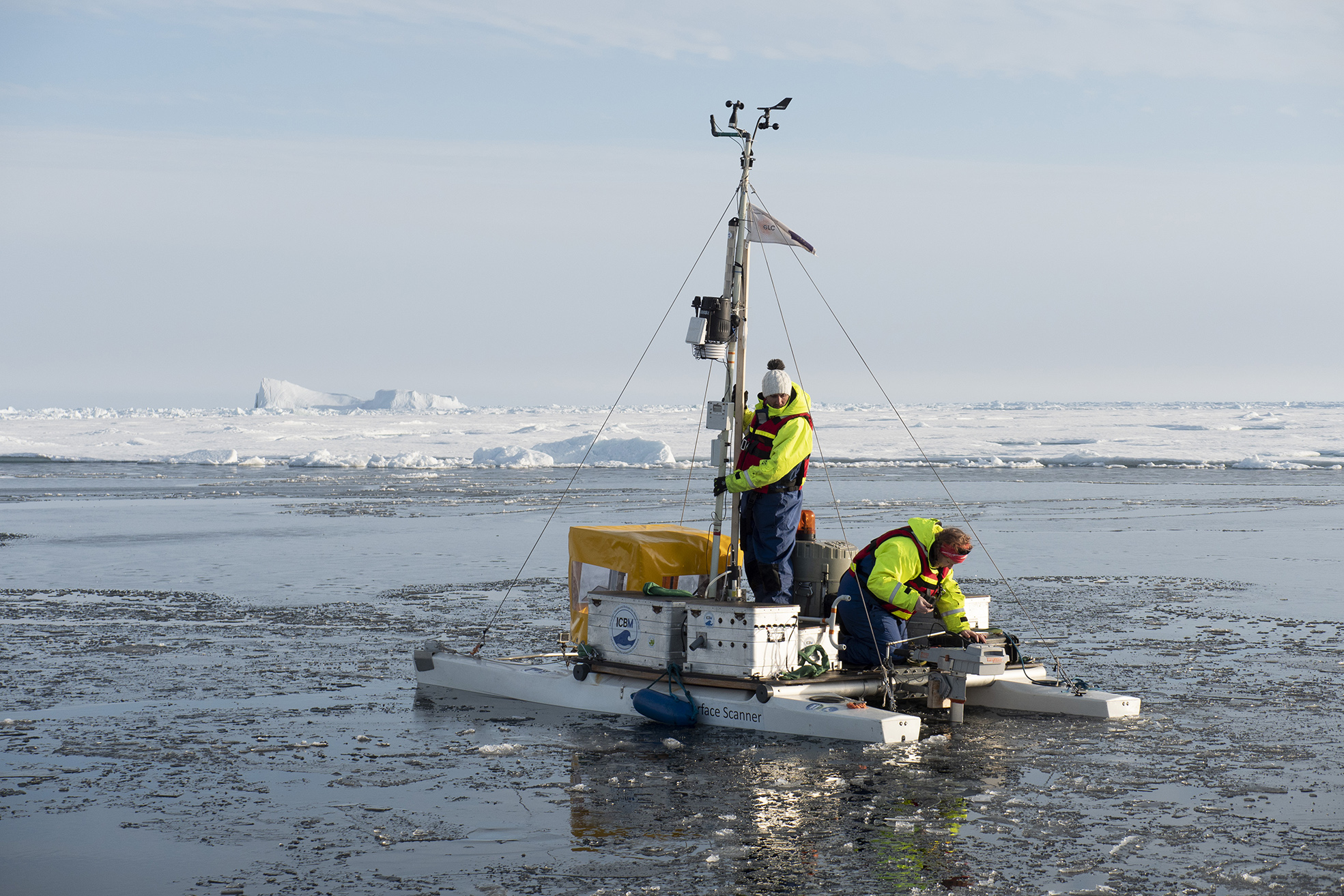 Tiera-Brandy Robinson and Matthew Salter on the catamaran while repairs are made. Photo: Karin Alfredsson

The objective of this project was to investigate the chemical, physical and biological properties of the sea surface microlayer (SML) within an open lead in the High Arctic. In particular, I wanted to characterise and understand the abundance and enrichment of transparent exopolymer particles (TEP) in the SML compared to underlaying water (ULW) as well as other chemical and biological properties. I was interested in seeing what effects the constant changing environment within an open lead, with it’s freezing and thawing patterns, would have on the formation and production of TEP and how TEP in turn might affect such changes.

The SML plays a vital role in air-sea transfers, because it acts as the doorway through which all processes must pass. So, for example, the thickness of this “doorway” can greatly affect the transfer rate of marine particles released into the atmosphere and the CO2 intake from the atmosphere. Along with surfactants, gel particles like TEP are major components in forming these thick SML “doorways”. 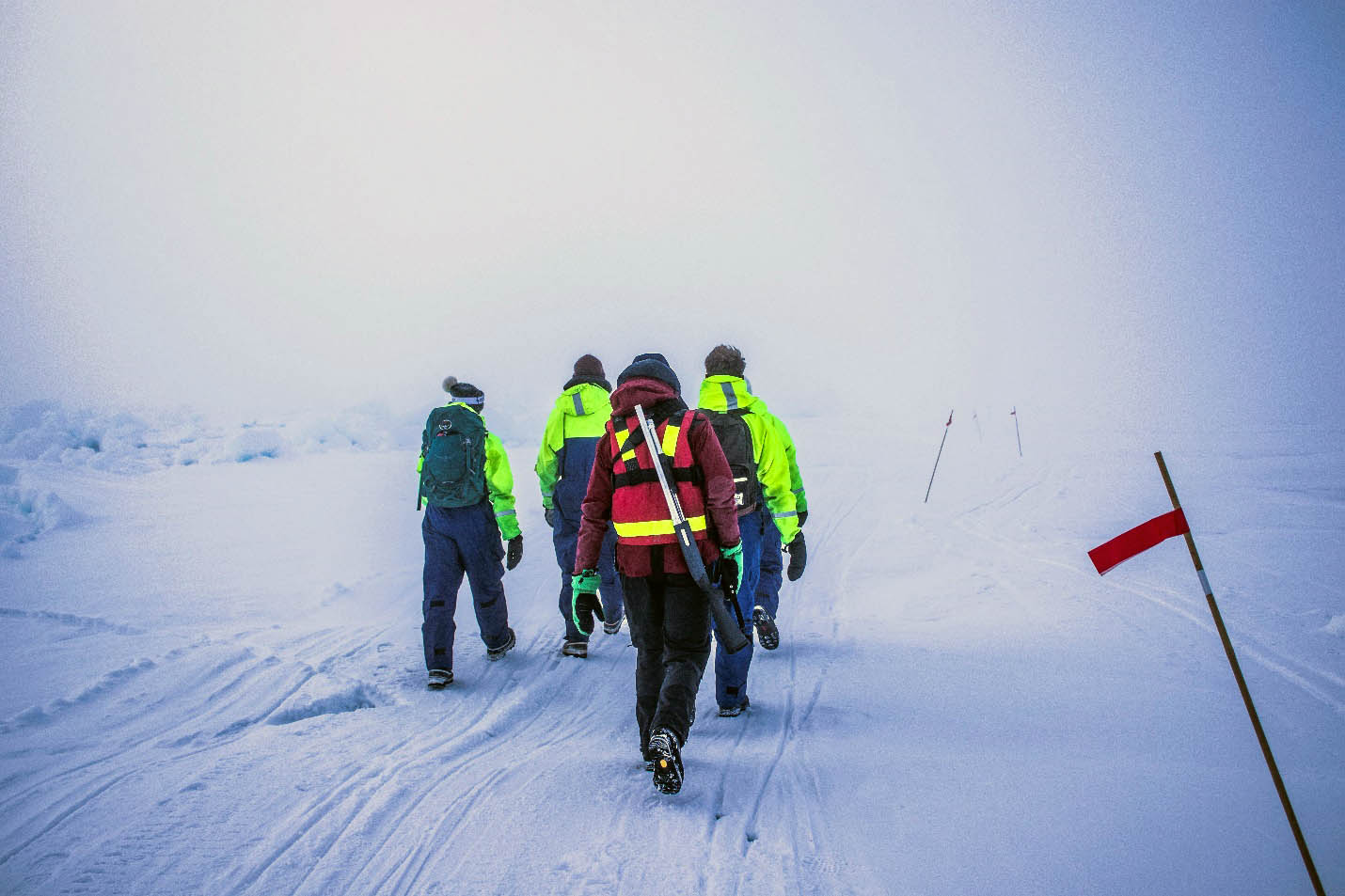 My work was focused at the open lead where I was taking daily water samples for my own research and for the other scientists. The SML is a valuable but physically difficult sample to collect, my role on the cruise was to get large volumes of SML for all research groups.

In order to collect these large volumes, I brought a catamaran attached with a high-volume glass plate sampler. This was the catamarans maiden voyage into arctic conditions, but it allows us to sample over 6 times the volume that we can sample with normal glass plate dipping techniques. 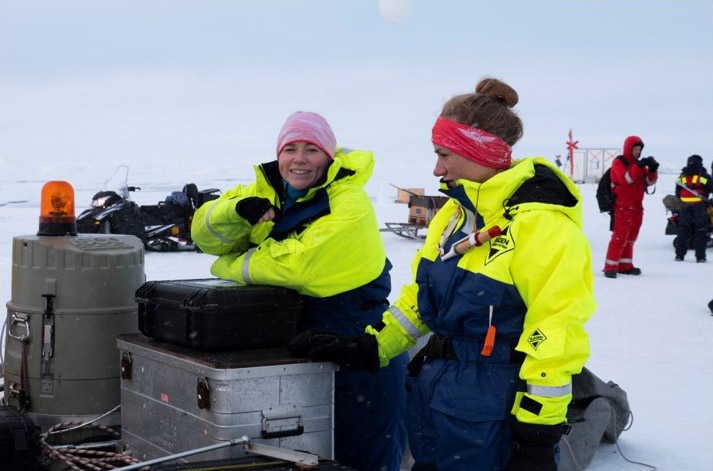 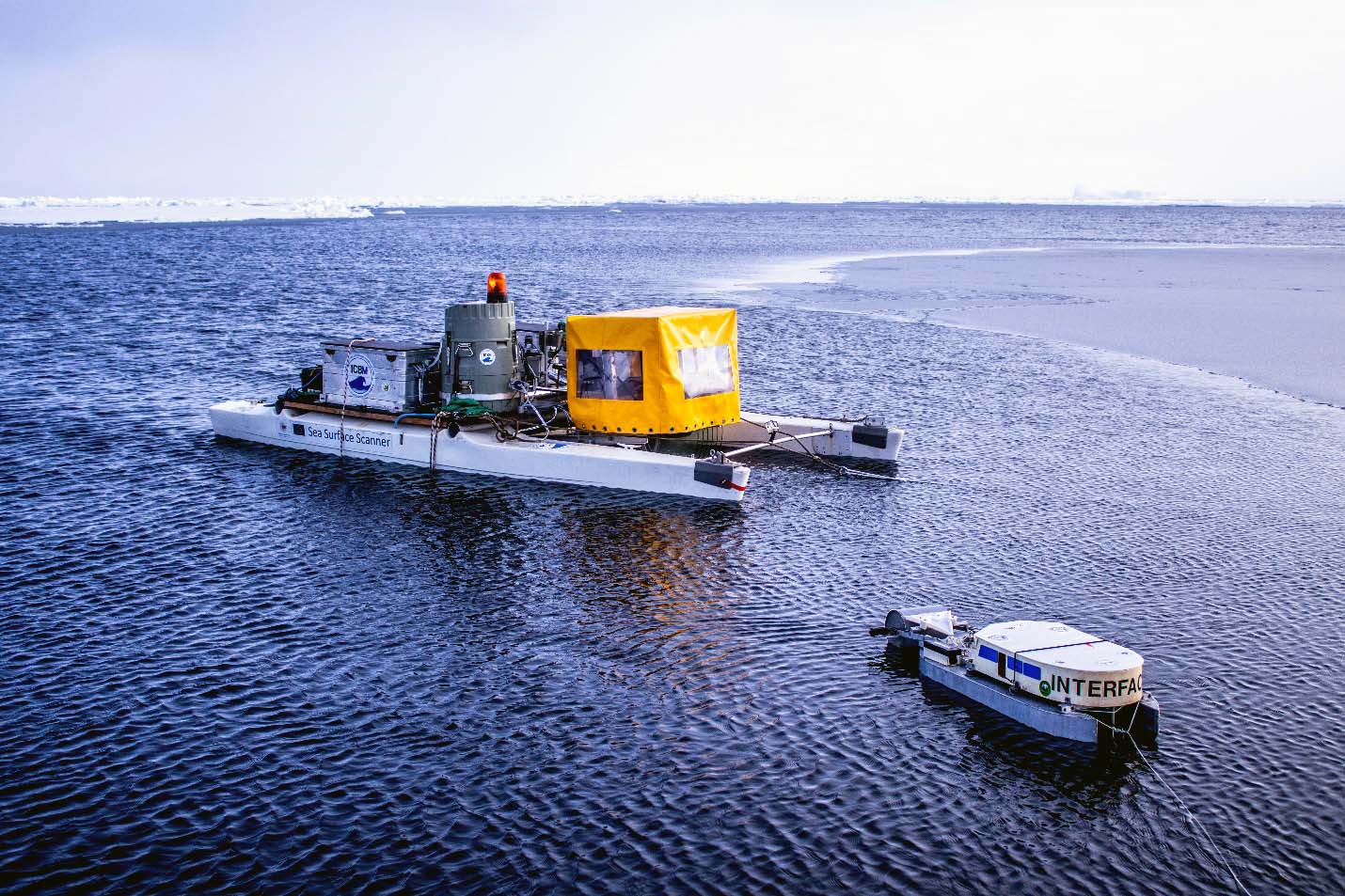 Most of my samples are discrete water samples which will be processed later in the lab. However, preliminary temporal data for pH, temperature and salinity probes have shown a distinct difference of changes over time at differing depths, with the SML acting as a unique layer separate from the ULW. 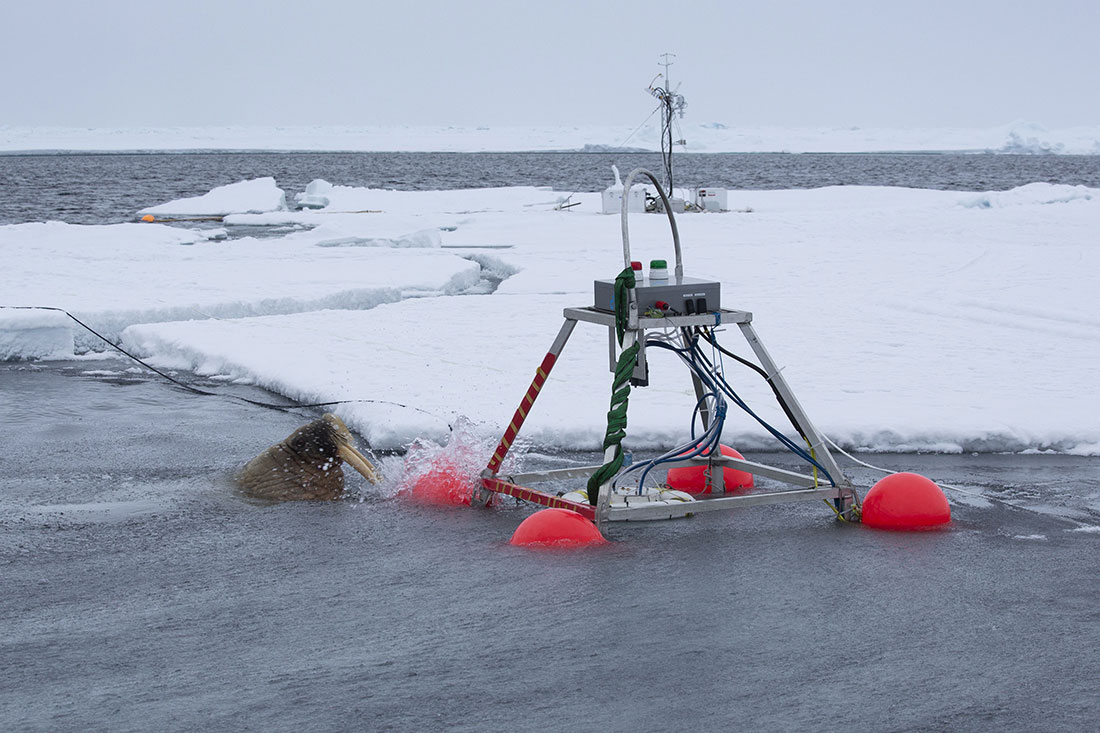 Interaction from wildlife with the CO2 buoy. Local walrus does not like orange buoys. Photo: Karin Alfredsson