Why Arctic bubbles matter to all of us 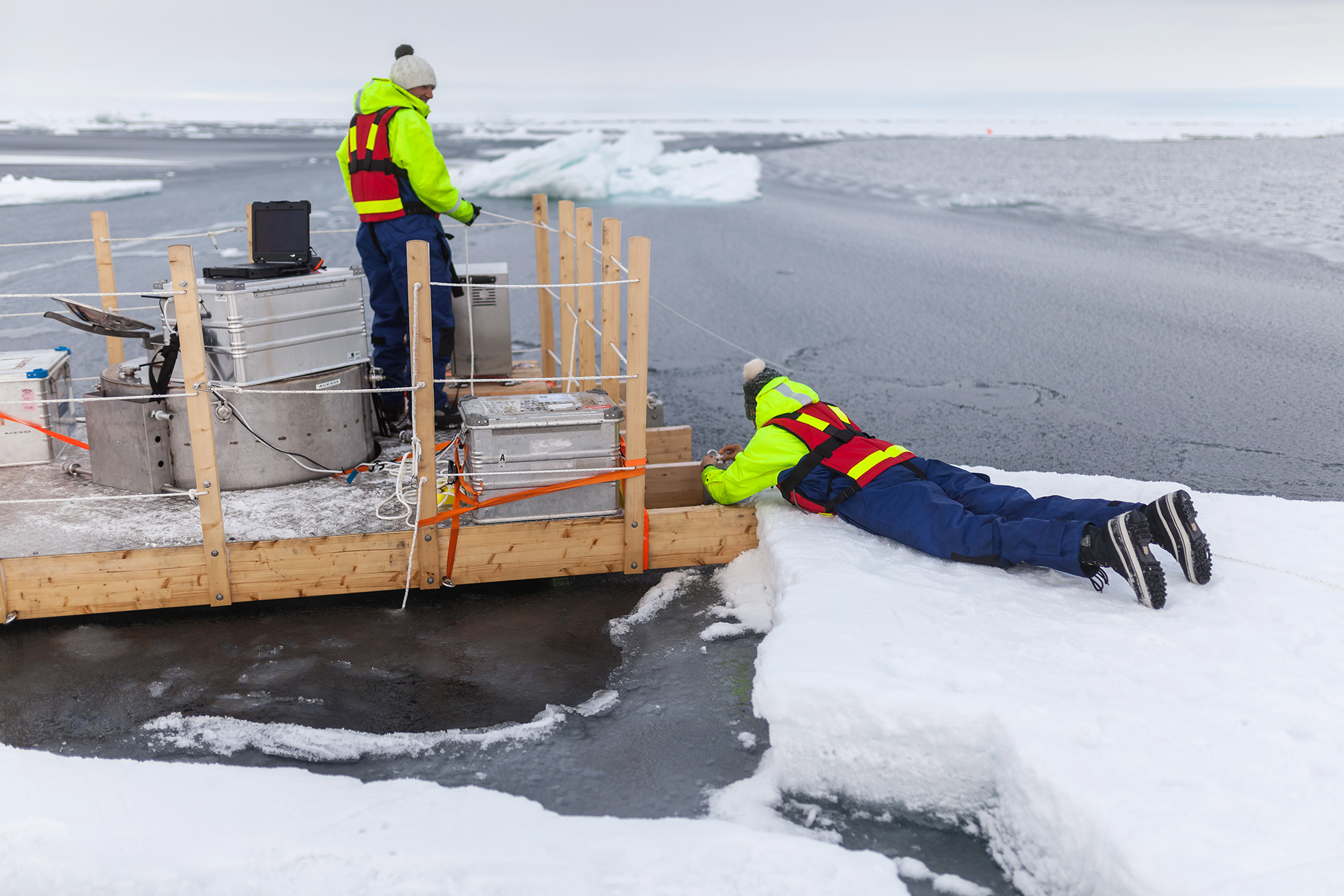 Our knowledge of clouds in the High Arctic is limited, but we know that one crucial part of the puzzle is the role played by tiny particles (called aerosols) that are carried by the air.   Aerosols are essential for cloud formation, and they affect the way that clouds reflect and scatter light. In general, they can come from lots of different places, but the air in the High Arctic is a long way from the usual aerosol sources.  This means that aerosol numbers are very low, and their origin is unknown.  Studies of Arctic clouds have found that they contain tiny particles of organic material that look as though they originate in the ocean, but it’s not clear how this material travels from the ocean into the air.  Our study was designed to investigate one potential mechanism for transfer: the bursting of bubbles in the patches of open water between ice floes. Bubbles spit tiny droplets upwards when they burst, and previous studies have seen bubbles in the water near ice floes. 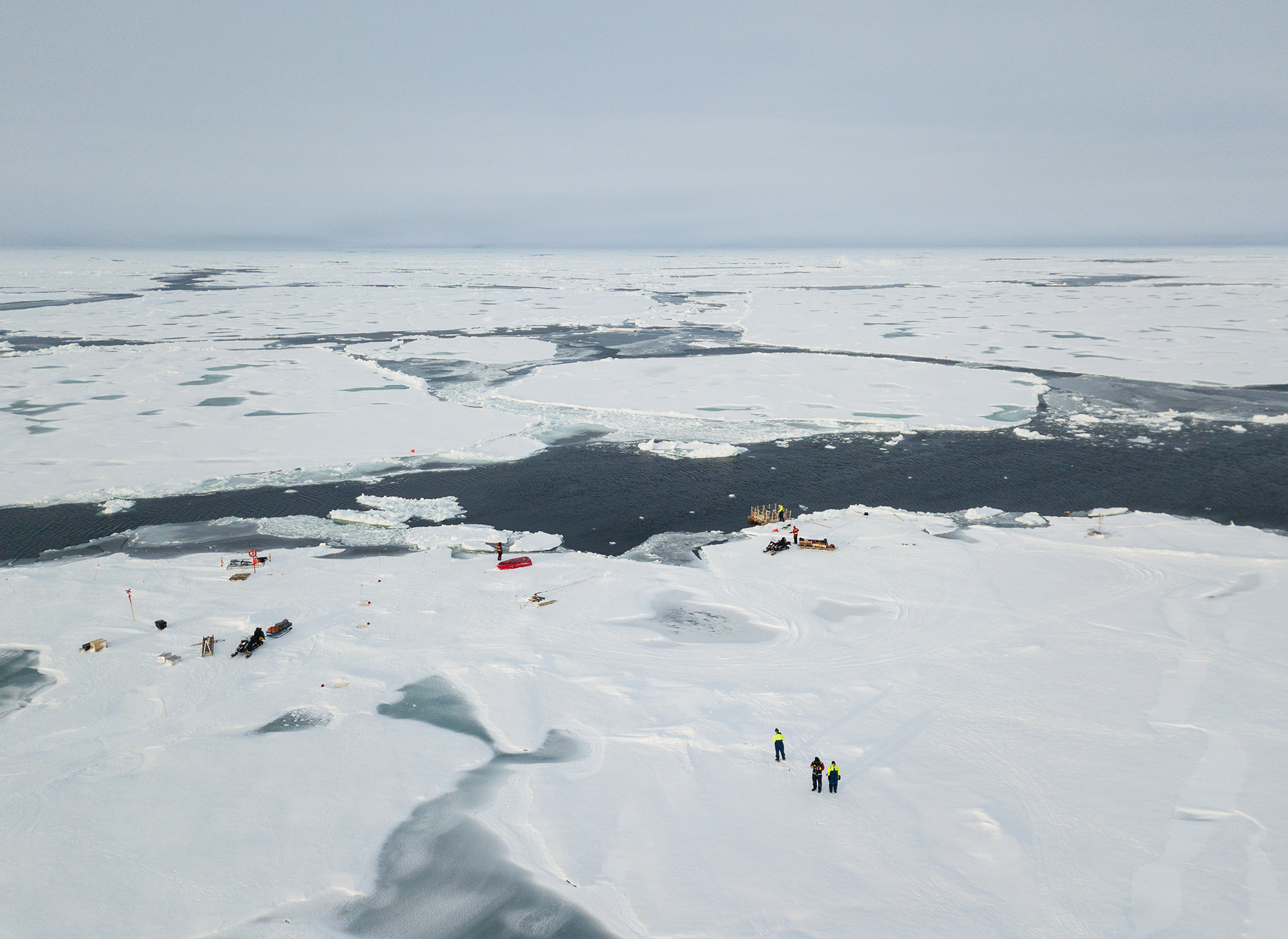 An aerial photograph of the open lead site showing the position of the nearby ice floes, which were in constant motion. Photo: Lars Lehnert

We spent two months on the icebreaker Oden, and for the majority of that time we were moored next to a large ice floe, drifting with it close to the North Pole.  On the opposite side of the floe, well away from the ship, we set up experiments to monitor an open lead (an area of open water between floes).  We measured water currents, temperature, salinity and dissolved gases in order to investigate how bubbles might form. Bubbles were filmed with a specialised bubble camera that sat just below the water surface. The production of particles at the water surface was measured using a floating aerosol chamber which collected every particle ejected from an enclosed water surface. We monitored the same patch of open water for four weeks, watching what happened as the ice moved, the weather changed, and as the water surface started to freeze at the end of the summer. 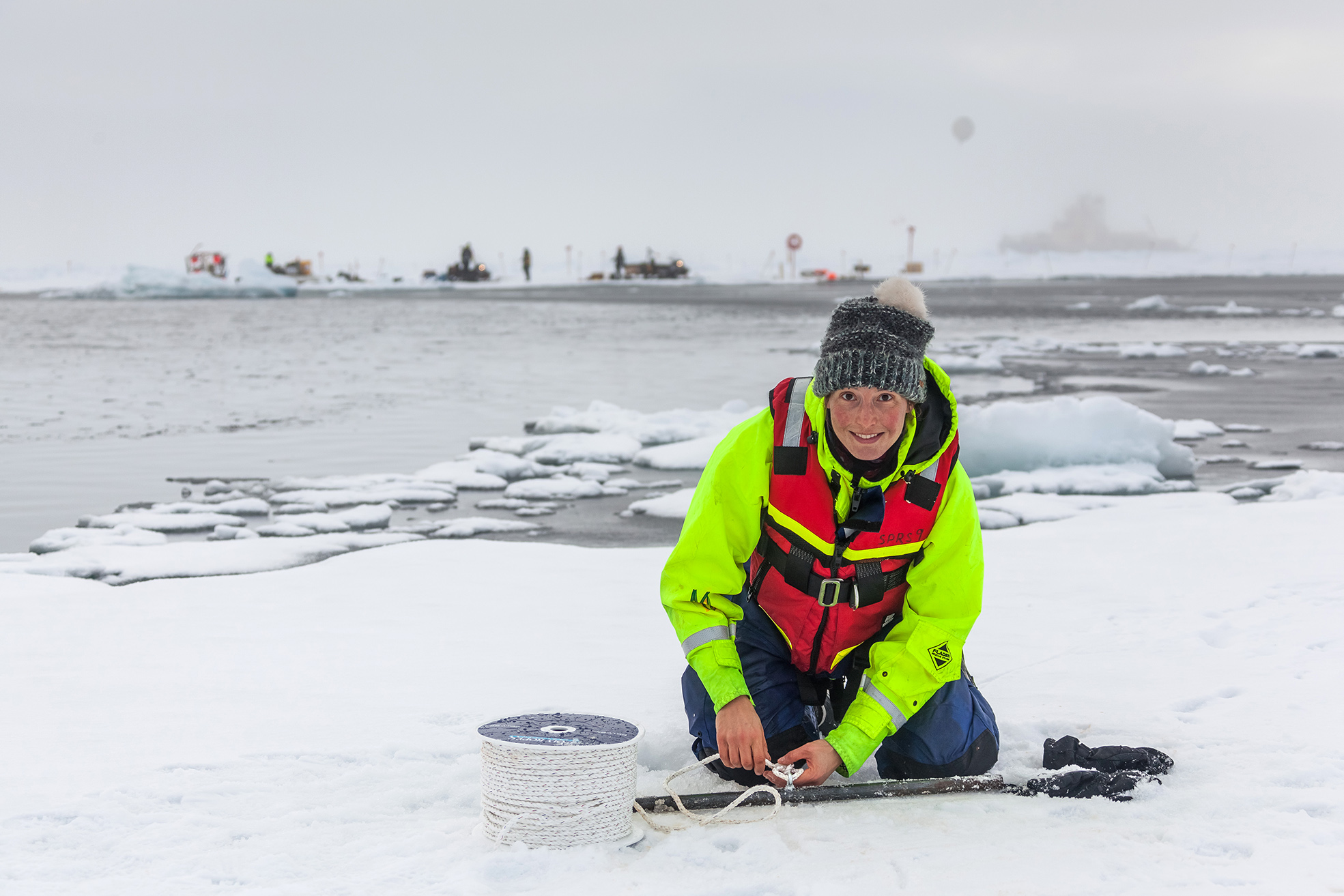 Helen Czerski setting an ice anchor on one of the floes on the other side of the open lead Photo: Mario Hoppman

We will now carry out an extensive analysis of the data collected, to build up a picture of what was happening. Our preliminary results suggest that there were fewer bubbles than expected, and we need to use our measurements to understand why that might be, and to consider whether this is typical for this region. After analysing our own results, we will co-ordinate with the other scientists on the expedition, to see whether there are links between our results and the biology, atmosphere and ice physics that other projects on board were observing. 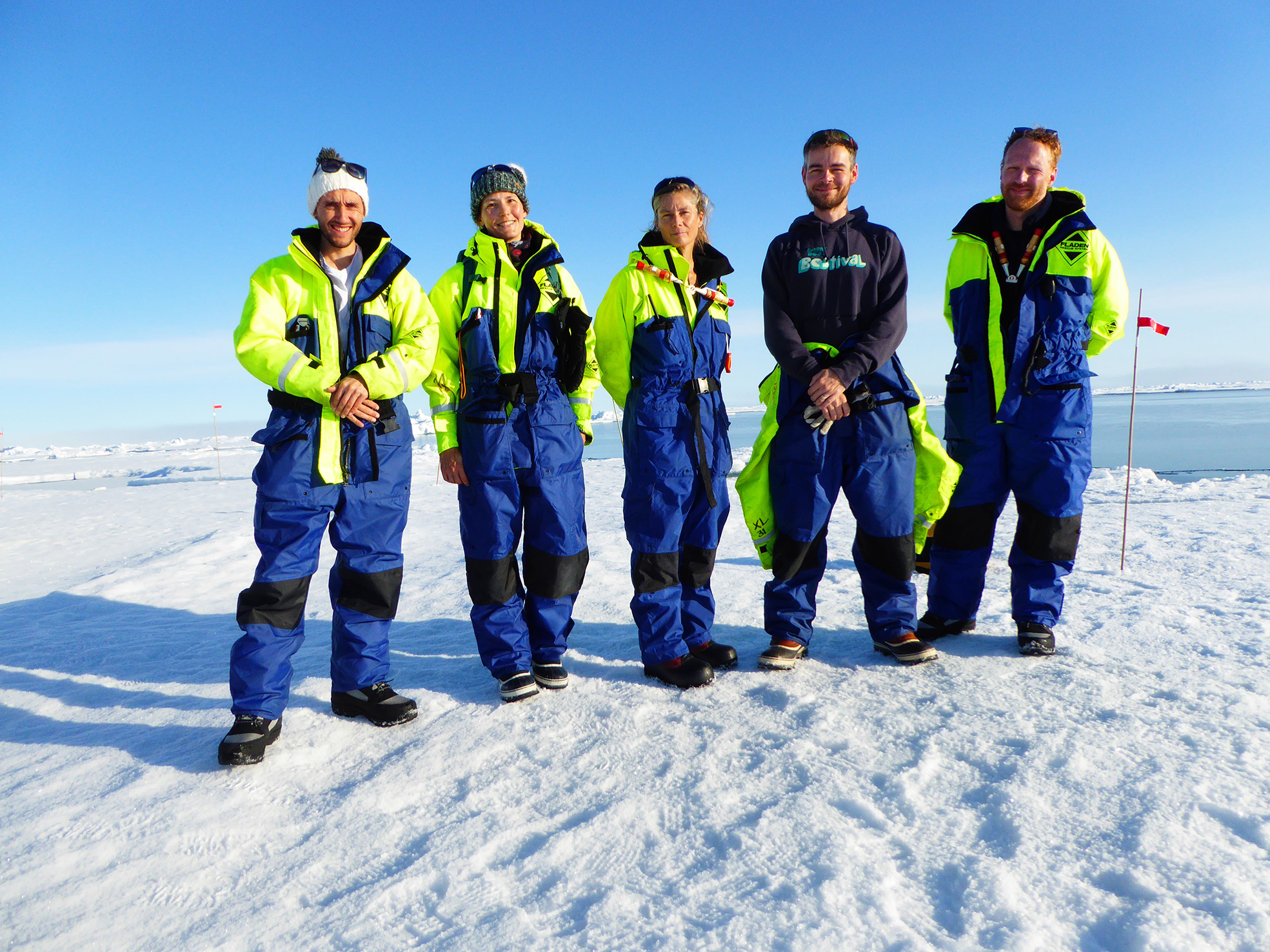 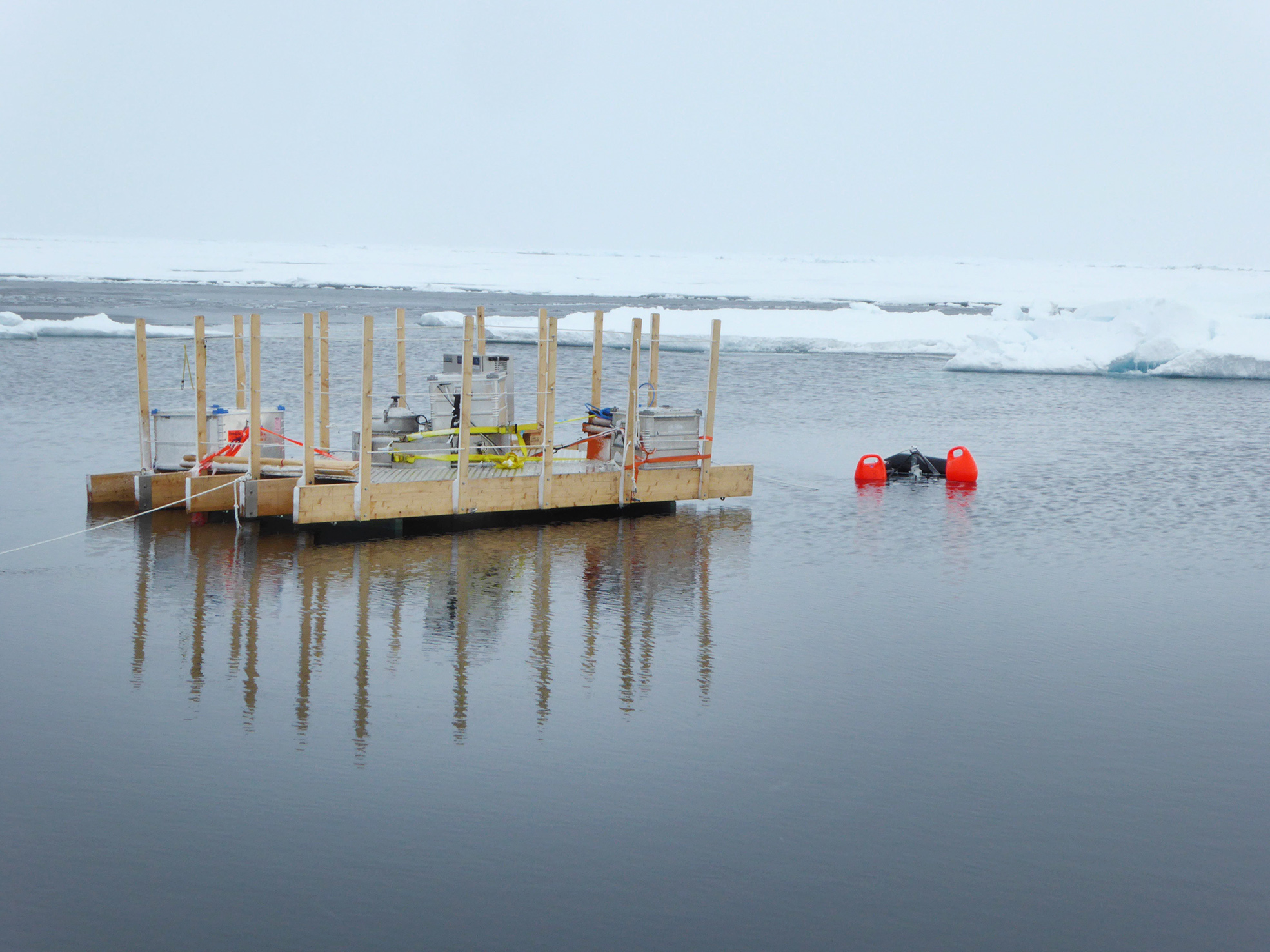 The floating aerosol chamber and the bubble camera making measurements in a patch of open water. Photo: Helen Czerski 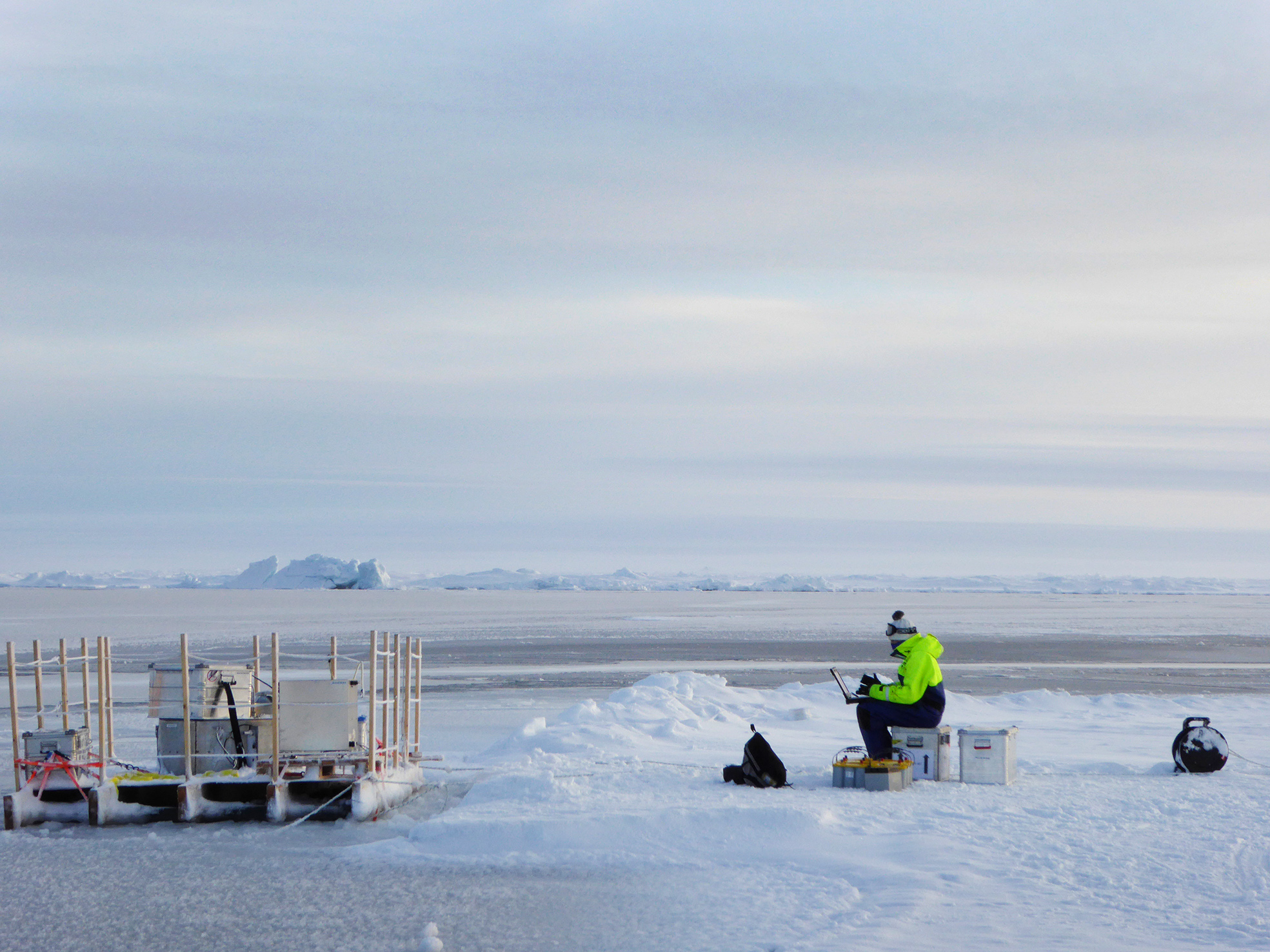 Matt Salter checking data from the floating aerosol chamber, on one of our last days at the site. Photo: Helen Czerski