The Opening of the Arctic Ocean 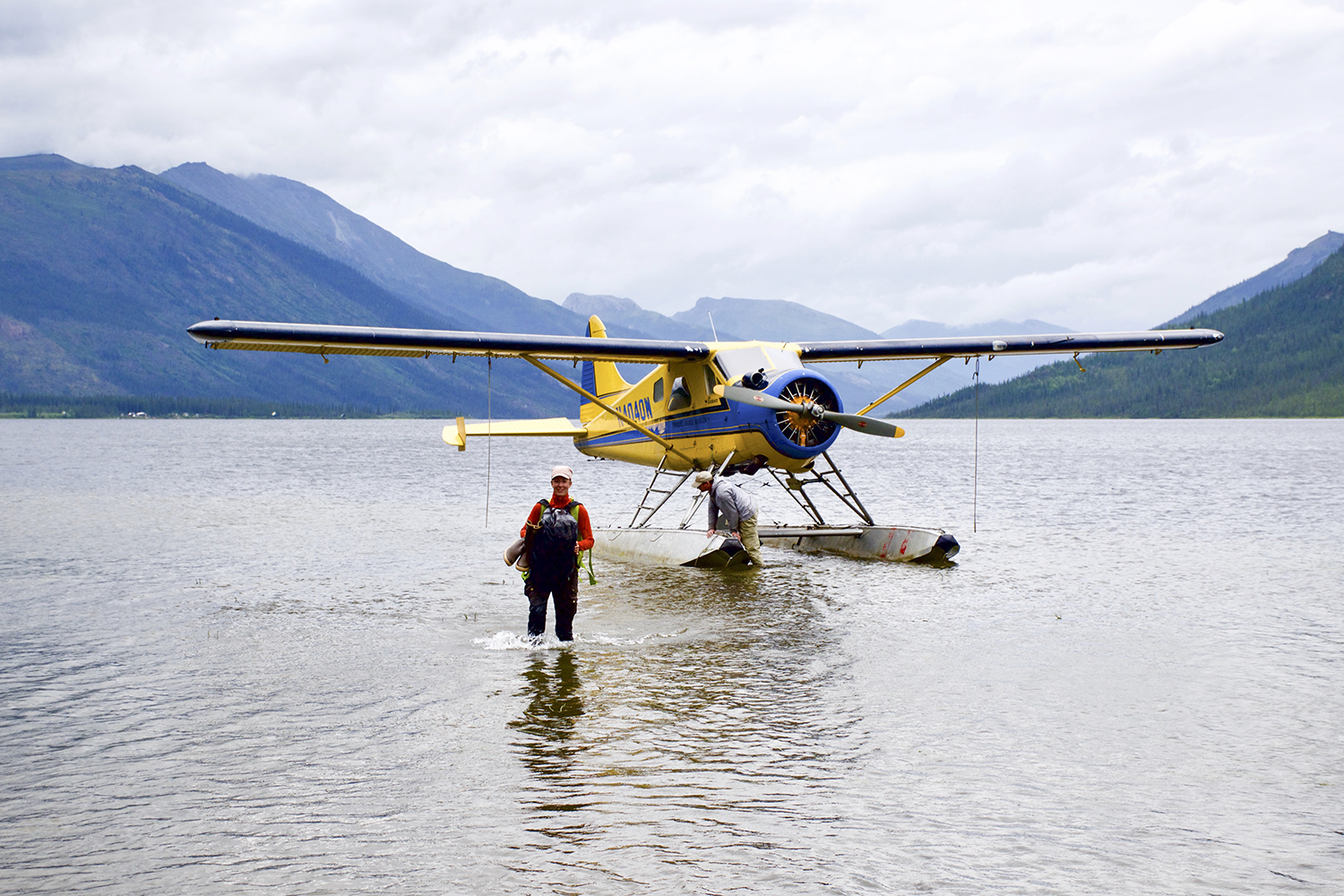 Getting dropped off at Wild Lake. Emelie is carrying gear to shore to set up base camp number two where two weeks were spent. Photo: Mark Raftrey 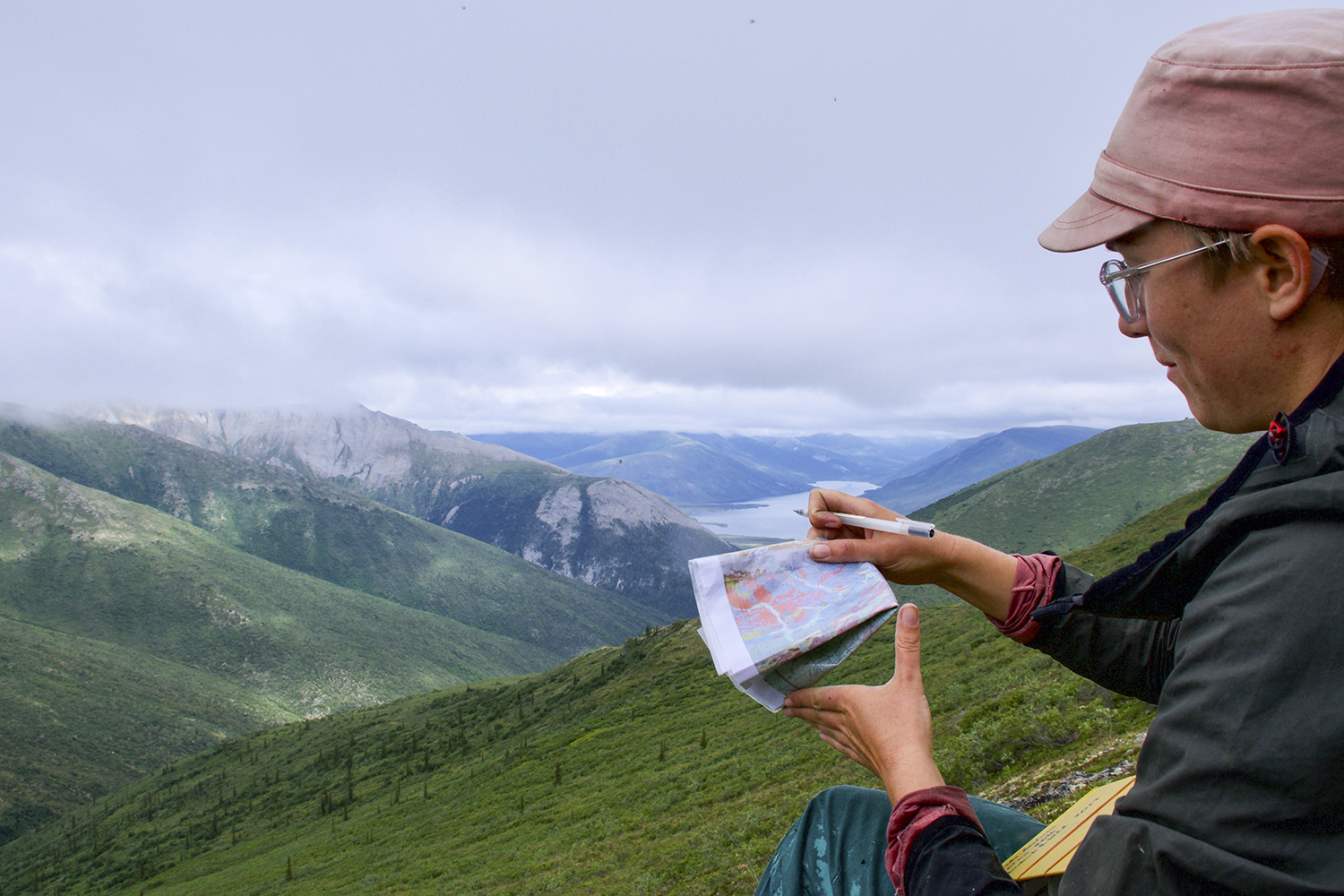 Emelie is comparing the geological map with the actual rock units that found in field with a good view over the Wild Lake area. Photo: Mark Raftrey 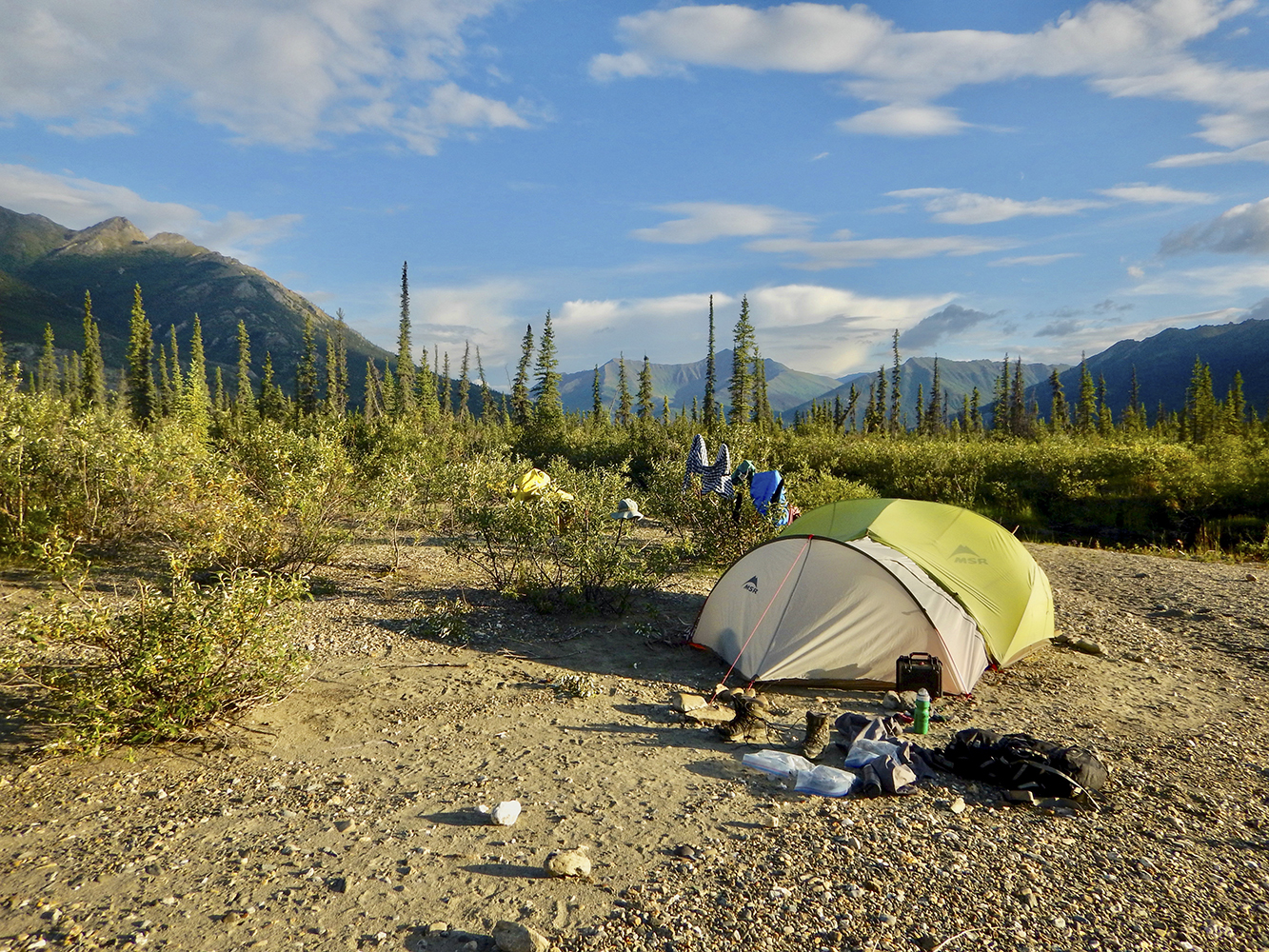 Camp out of base camp on a four days hike to a locality of interest. Photo: Emelie Axelsson

Earth’s crust is divided into ten larger and seven smaller tectonic plates. It is the movement of these plates, i.e. plate tectonics that has created Earth, as we know it, with all of its continents, mountain ranges and oceans. How the plates have moved to their current configuration in the Arctic region is still one of the major unsolved tectonic problems on Earth. One approach to solve this problem is to determine how the continental blocks now surrounding the Arctic Ocean fit together in the past. Better understanding of the plate tectonic history of Earth will help us understand the development and change of for example, ocean currents, jet wind patterns and paleo climate.

The Brooks Range in Northern Alaska consists of sedimentary rocks made up of weathering material that originally comes from continents that once were juxtaposed. As old mountain ranges eroded, the weathered rock sedimented in a basin. When the continental plates later moved and collided, the eroded material was compressed and pushed up to form the mountain range that now runs parallel to the coast of the Arctic Ocean. By analyzing and dating the rocks of the Brooks Range and comparing the result with the landmasses surrounding the Arctic Ocean we can see which landmasses were located close together. 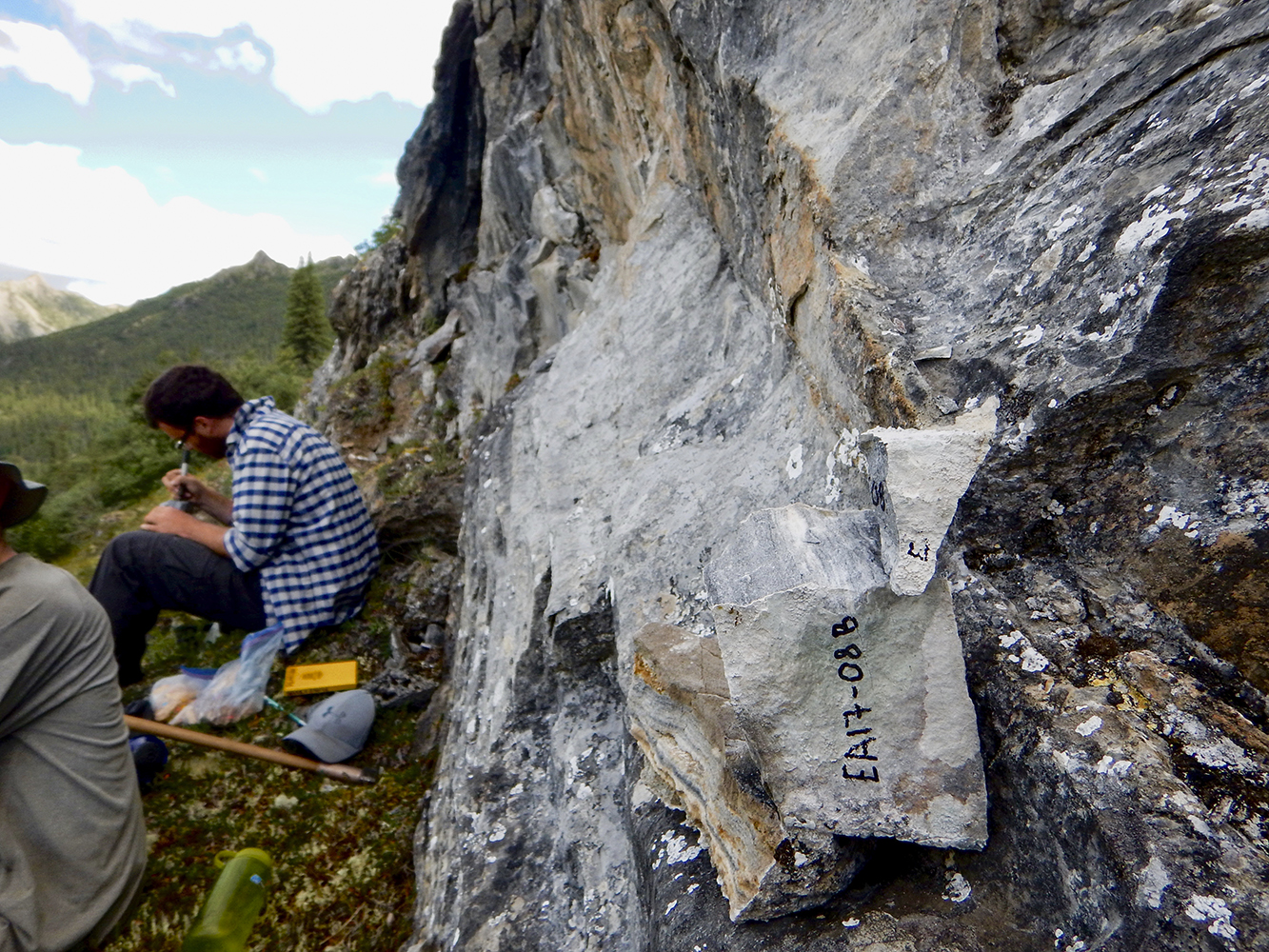 Sampling the rocks of the area. Stephen and Mark are marking up samples and taking notes. Photo: Emelie Axelsson

There are very few people living in the Arctic region and thus infrastructure is very limited. Doing terrestrial fieldwork in these areas is very challenging. During this summer’s fieldwork we traveled to an area intermediate between two rivers. We were dropped off at two different lakes by floatplane, hiking up the mountains to map, collect rock samples, and to measure the structures in the rocks. Previous expeditions have gone to other locations covering a big area of the Circum-Arctic and together the data will give a good comprehensive picture of the tectonic configuration of the landmasses before the opening of the Arctic Ocean.

More analyses are done at home in the labs where we have the equipment to crush the rocks and pick out the minerals of interest, that we can then analyse to see the age and source of the rocks. The preliminary results indicate that the Arctic Ocean opened in at least two steps where the Brooks Range has most probably once been attached to Arctic Canada. They split up in the early Jurassic period 176-200 million years ago and opened like a zipper in a counter-clockwise motion to its current location. This is, however, a working hypothesis that needs to be further tested with samples from the westernmost Brooks Range.