How are sea-ice microorganisms affected by ocean acidification?

The ocean absorbs approximately one third of the CO2 released into the atmosphere each year, and the uptake of CO2 is decreasing the pH of the seawater – a process called ocean acidification. Ocean acidification is occurring throughout the ocean, but its effects will be greatest in polar regions due to the weaker buffer capacity of the waters in these regions.

Sea ice is a critical habitat for microorganisms, mainly microscopic algae and bacteria, which are the base of the Arctic food chain and are producers of compounds and particles that can interact in cloud formation. Understanding the impacts on sea-ice biota is essential given the potentially significant role it plays in Arctic food webs and biogeochemical cycles. 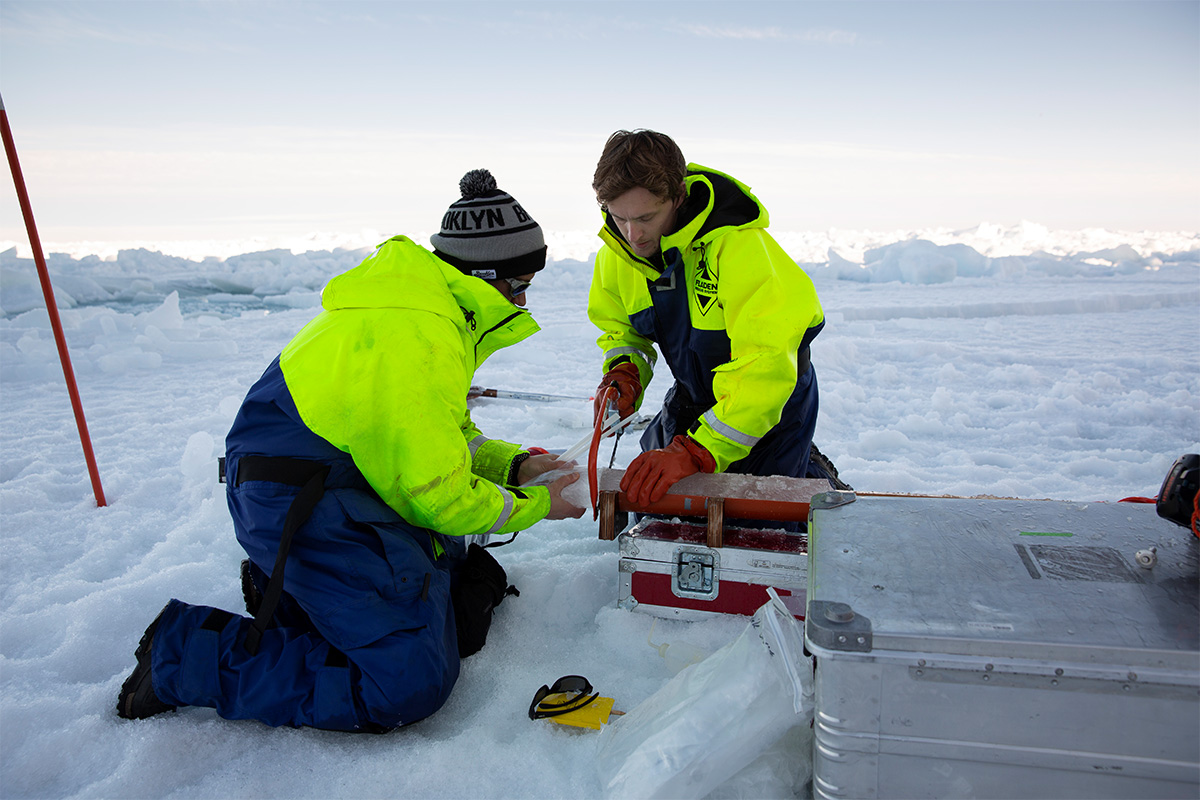 Sea-ice cores are sectioned on the ice as they are collected, and placed in gas-tight bags. Photo: Karin Alfredsson

During the Arctic Ocean 2018 expedition, we performed shipboard experiments and field observations to study how ocean acidification is affecting sea-ice microbial communities in the High Arctic. Sea-ice cores were collected from multiple ice stations and were exposed to a range of CO2 levels to better understand how the community composition and production of sea-ice microbial assemblages may change in the future. The samples are currently being analysed in different laboratories in USA and Sweden, a process that will take several months before we know the full outcome of the experiments. 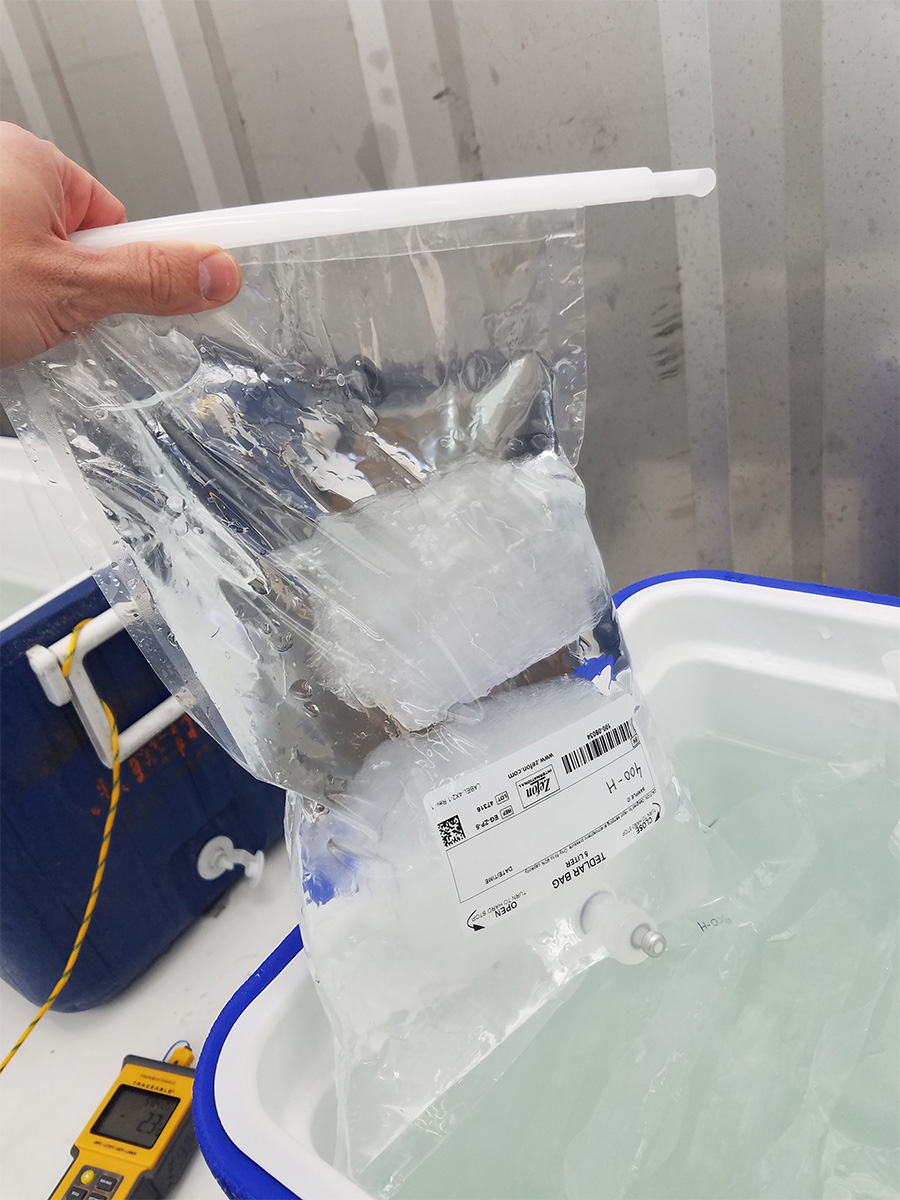 Sea-ice core sections are placed together with seawater with a range of CO2 concentrations and incubated in the ship’s cold lab (–1.8 °C). Photo: Anders Torstensson