How autonomous and robotic technologies help us understand the climate system

The Arctic Ocean is a key area of global climate change and has been undergoing drastic changes in the recent decade. As a moderator between the atmosphere and the ocean in the polar regions, sea ice is one of the most important components in the global climate system. But the Arctic sea ice cover is diminishing rapidly, and because the climate system is so complex, we cannot easily figure out why that is and what it means. To make matters worse, obtaining in-situ observations in a remote and extreme environment such as the central Arctic Ocean is a great challenge for man and machine. But without comprehensive and year-round measurements, the climate processes that lead to the drastic changes will remain elusive.

With the advance of new technologies in recent years, this situation has changed. Autonomous and robotic instrumentation for example can be used to fill these knowledge gaps. 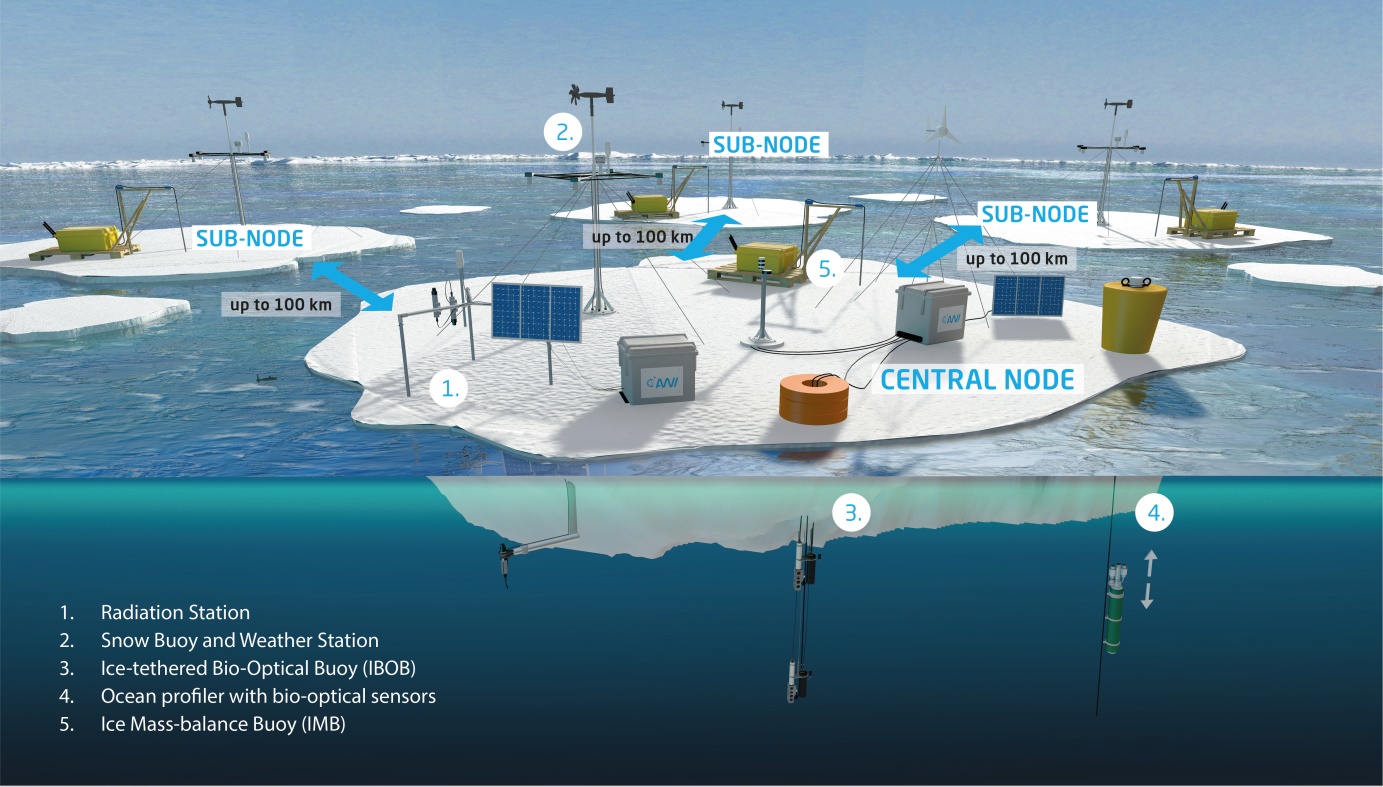 Autonomous drifting observatories equipped with a diverse suite of multidisciplinary scientific sensors are now capable of obtaining data on basin scales and throughout the winter periods. Once installed on an ice floe, they operate on their own and continuously send their data via satellite to a base station on land.

In order to measure many relevant parameters in the atmosphere, sea ice and ocean of the “new Arctic”, we deployed a number of such platforms during the Oden expedition (and on a number of other expeditions as well). Their data will extend the measurements taken by the scientific staff during the expedition into autumn and winter, long after the ship has left the study area.

The observatories are part of a network established by the Multidisciplinary Ice-based Distributed Observatory (MIDO) and Frontiers in Arctic Marine Monitoring (FRAM) infrastructure programs hosted at the Alfred Wegener Institute (AWI)  in Germany and the  French Ice Atmosphere Arctic Ocean Observing System (IAOOS) project. The deployments complement various other international efforts in the Arctic, such as the International Arctic Buoy Programme (IABP) and the Year of Polar Prediction (YOPP). 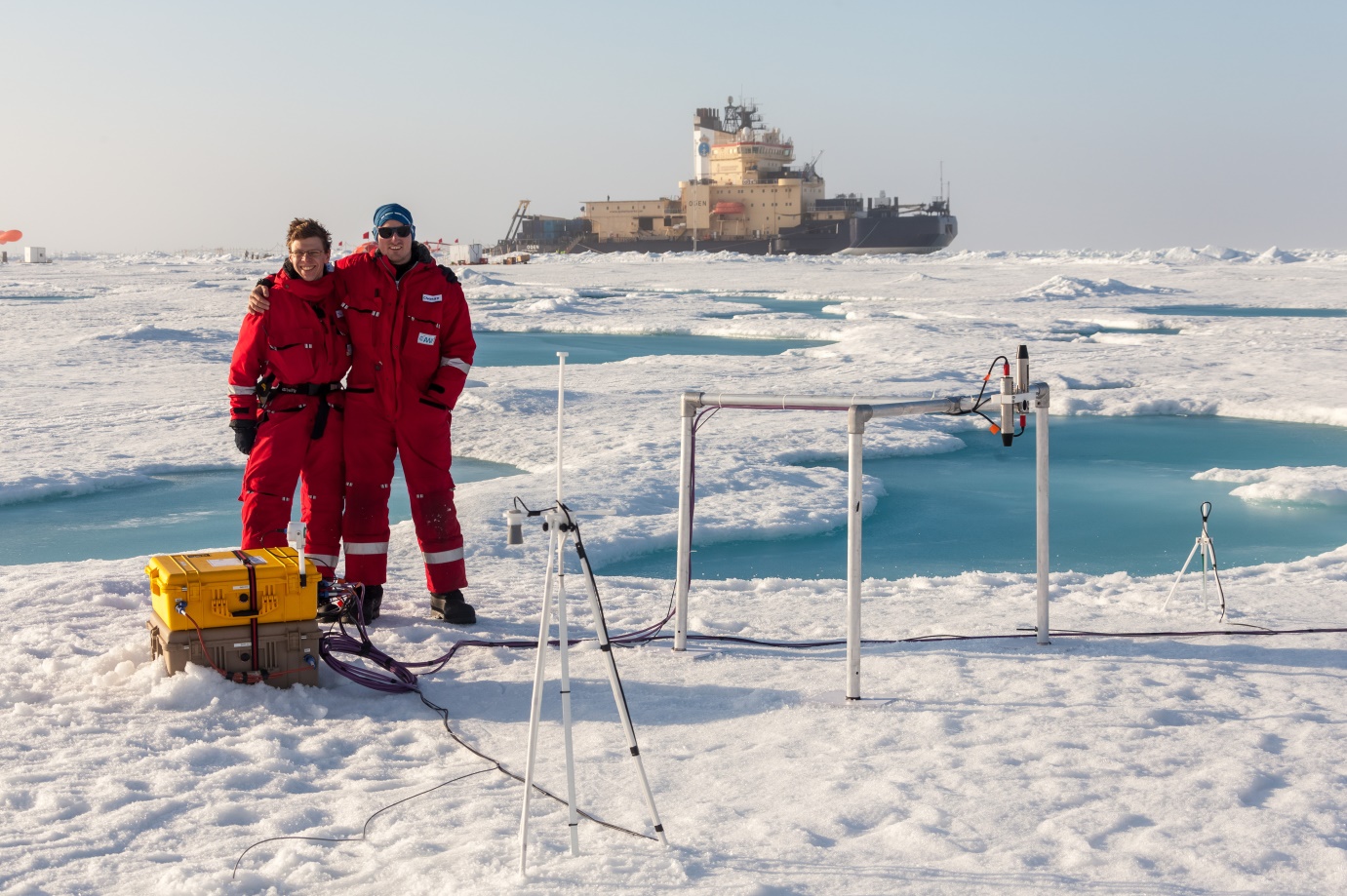 Christian Katlein and Philipp Anhaus (AWI) are proud of their installation of a bio-optical buoy on the sea ice. Photo: Mario Hoppmann

Robotic underwater technologies have evolved significantly in recent years, for the first time enabling the comprehensive study of upper ice-covered ocean processes using remotely operated underwater vehicles (ROVs). A ROV is controlled through a several hundred meter long cable and can dive beneath the sea ice to observe processes which are crucial for the fluxes of energy, momentum and matter across the atmosphere-ice-ocean boundary. They can for example be used to study the transmission of solar energy through the ice and snow layers, which cause a warming of the upper ocean and melting of the ice itself. Light is also a key factor for in and under-ice primary production, supplying the ice associated food-chain, and causing carbon export to deeper water layers and the sea floor.

During the Arctic Ocean 2018 expedition, we used a new ROV system with a diverse scientific sensor payload to record the spatial variability of key parameters close to the ice-ocean interface, and record their temporal evolution during the transition from a pond-covered sea ice regime in summer to a snow-covered white desert in autumn (also referred to as “freeze-up”). Our observations revealed that, although the light intensity decreased significantly as more snow accumulated on the sea ice, the ice-associated algae attached to the ice underside were still thriving, a quite unexpected and puzzling finding. 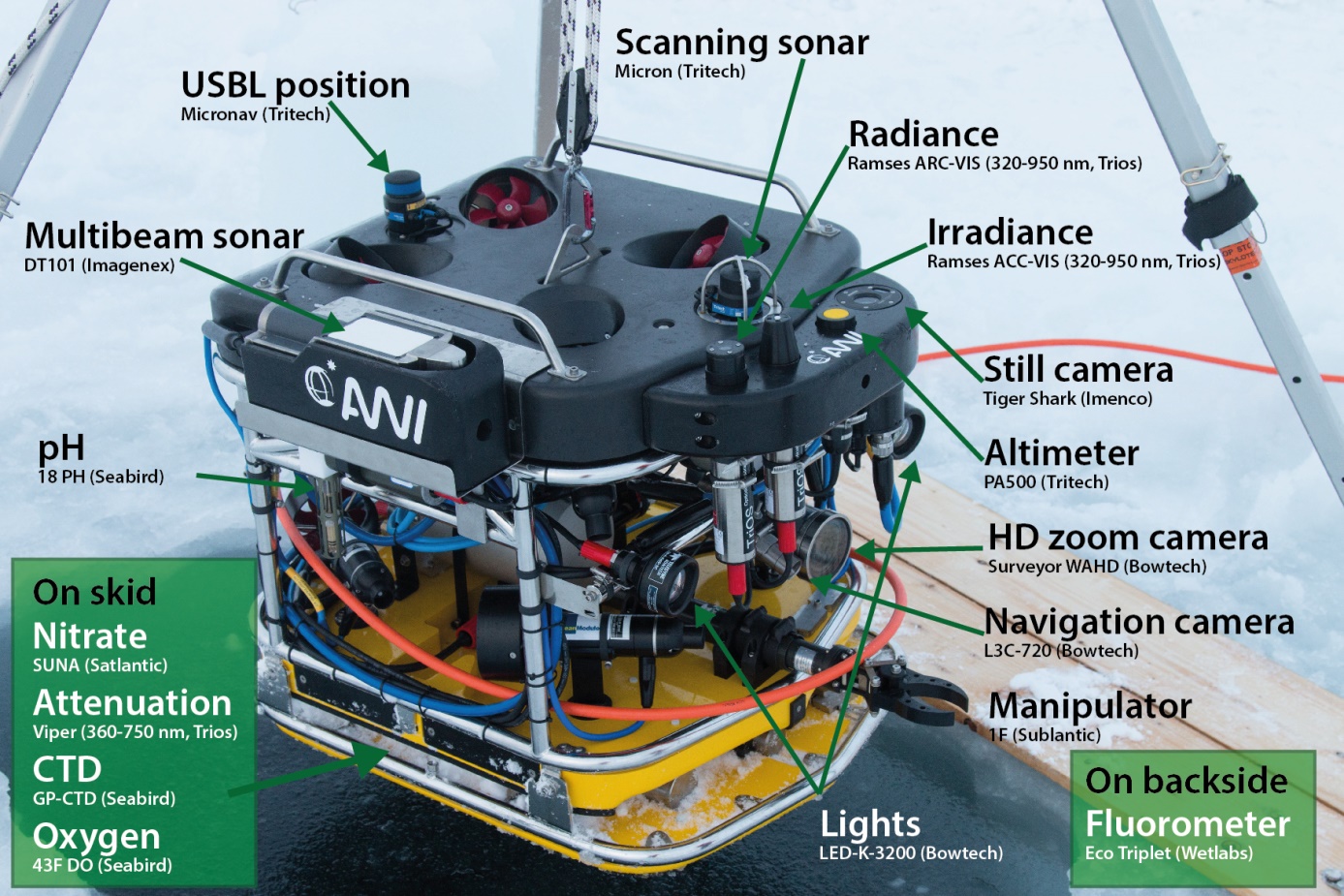 The observations obtained during this expedition are a critical piece to paint a more comprehensive picture of the changes happening in the Arctic, ultimately improving our understanding of climate change.