The weather is not on our side! 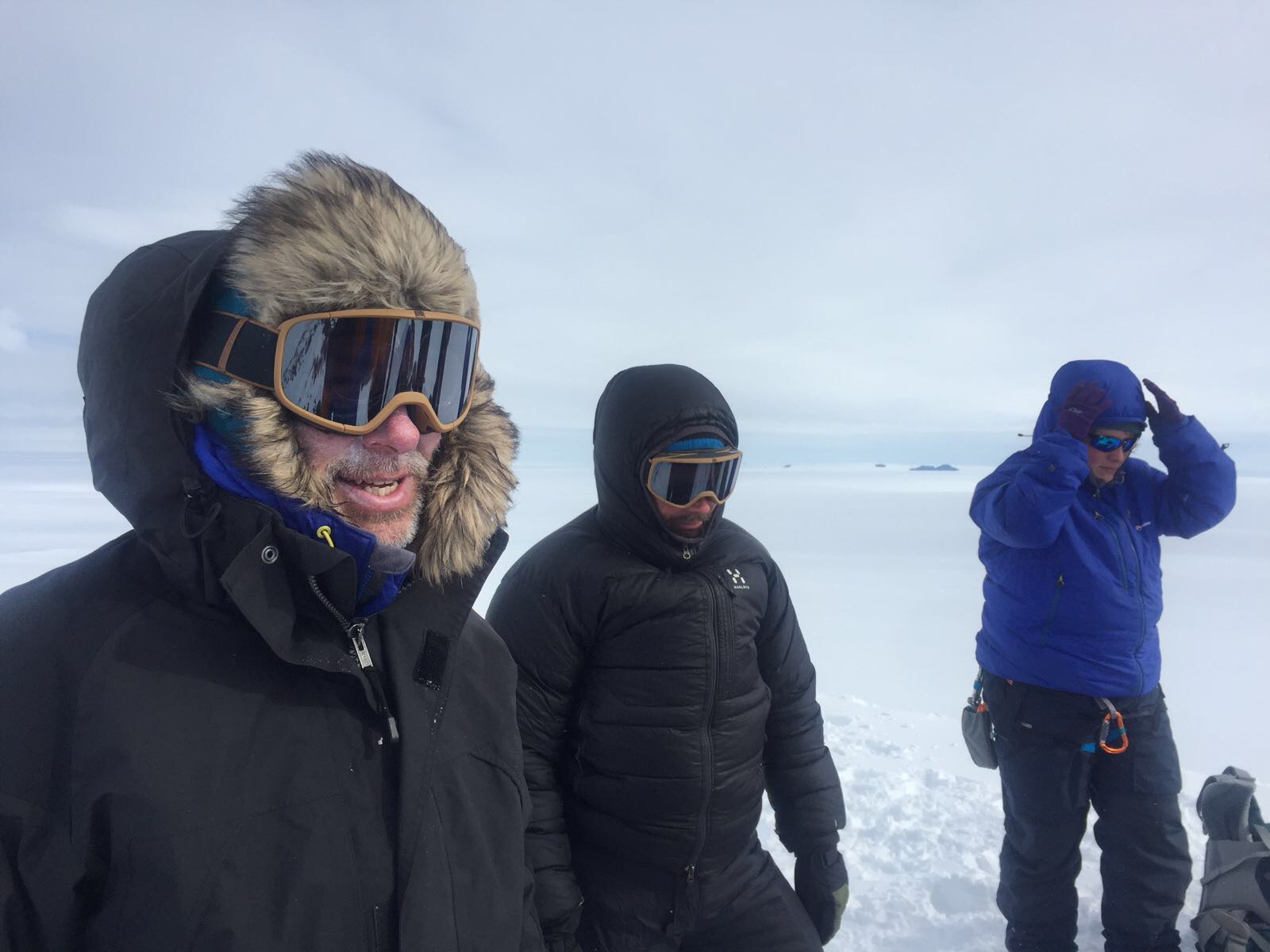 During the first four weeks of the expedition we have had unusually many storms. One of the researchers we met here at the South African station SANAE IV is Professor Ian Meiklejohn. He has spent twelve seasons here and never experienced so many days with bad weather. Normally, it’s pretty nice, interrupted by one or more storm days – this year it’s the other way round. However, the short periods of field work have been successful and produced 13 nice rock samples for the project.

The last couple of days have been devoted to planning and taking care of our equipment. The other day we left the station for a bit of camping to practice our routines. We are eight vehicles: snowmobiles, sleighs and housing modules. Everyone has their place in the ”train”. Calle goes first as a navigator and expert on glacier cracks and safety. The others in the logistics team are placed in different locations and have radio communication between us. We also keep track of our GPS’s so that we follow the planned route. Everyone is prepared with climbing harnesses and safety equipment in place.

When we set up camp, it’s also according to a careful plan with the sleighs in each corner to create a ”courtyard”, the snowmobiles parked against the wind along one side and the housing modules next to each other in the center of the area. We also put up two tents – one as our toilet and the other as an additional accommodation.

We tested the stoves inside the modules. Both for cooking and melting snow for the water needed per person and day. Everything works just as it’s supposed to. The food tasted terrific and we could then sit all eight in a module to enjoy our evening tea together.

The morning after it started to get windy again and after a porridge breakfast we packed our backpacks and went to the nearest nunatak to carry out a little exercise in navigating with our GPS’s. We broke the camp in increasing winds and after we parked again at the station, there was another storm.

Today the wind will drop and we hope to get a break in the weather so that we can go to Straumsnutane for two days of intense field work. The forecast looks promising.