South of the Borg Massif 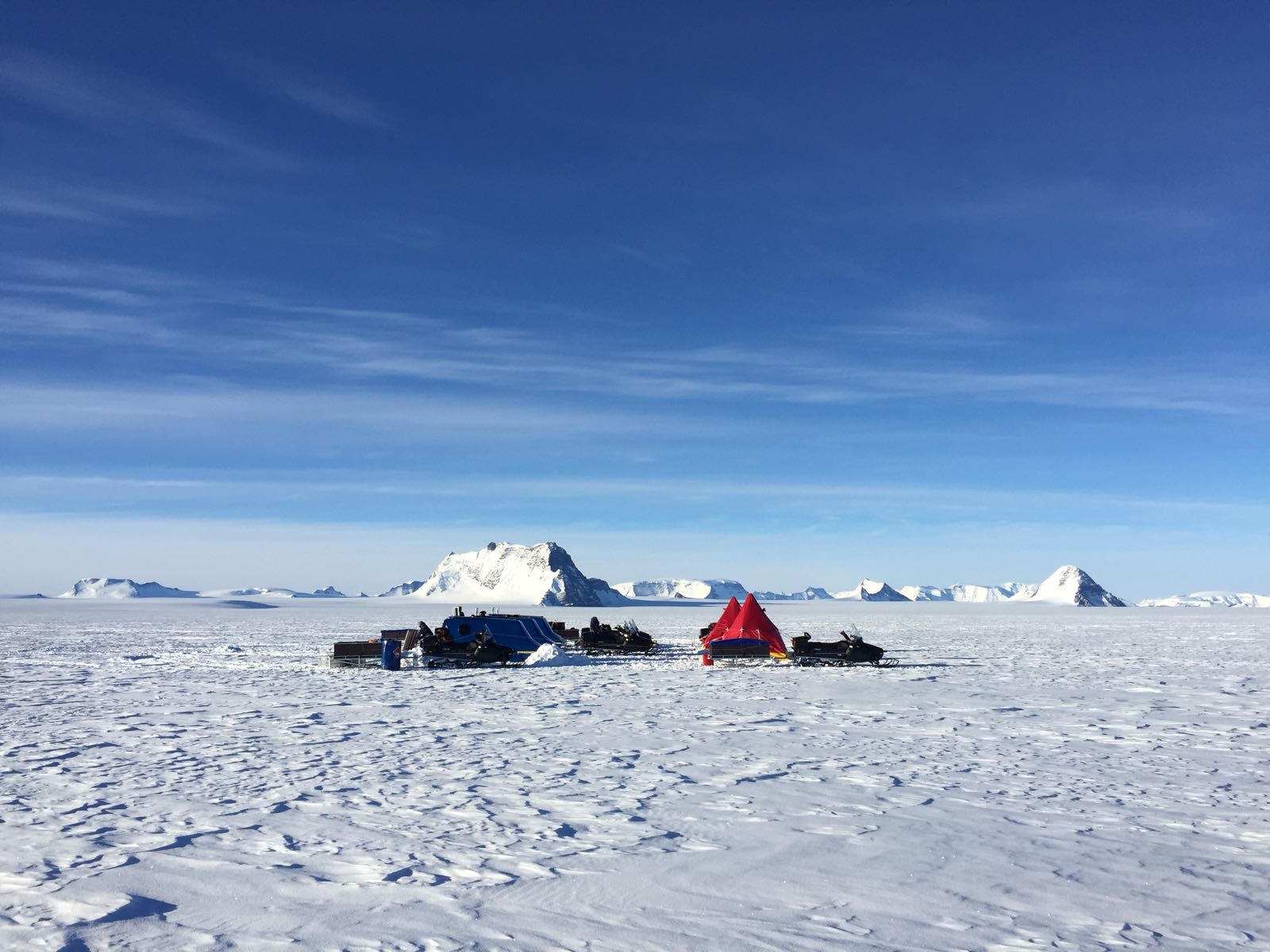 Our camp south of the Borg Massif. Photo: Håkan Grudd

We have driven past the entire Borg Massif and even down to the Kirwan Escarpment. Conditions have been good almost all the way down here. It is not until now we’ve encountered the infamous sastrugi. It is a kind of snow formations formed by the wind. Like small, rock hard waves they spread out over vast areas of Antarctica and makes it difficult to drive. To avoid damage on snowmobiles, modules and sledges, we have to move at 20 km/h.

We have spent three nights in different camps between the Kirwan Escarpment and the Borg Massif. Yesterday and today, the researchers worked at a mountain with the funny name Huldreslottet.

The naming down here is interesting. Our southernmost fuel depot down by the Kirwan Escarpment is on a rock called Stignabben. The closest mountain to the west is called Hallgrenskarvet and it was not until today, when I studied the maps that I made the connection – it’s named after Stig Hallgren! He was a photographer for the Norwegian-British-Swedish Antarctic Expedition 1949–1952, and I’ve actually met him about 20 years ago!

Now we have turned north and will drive east of the Borg Massif back towards SANAE IV. Next stop, where we go tomorrow, is our fuel depot at Mötesplassen.